from Let There Be Light by SpitShine 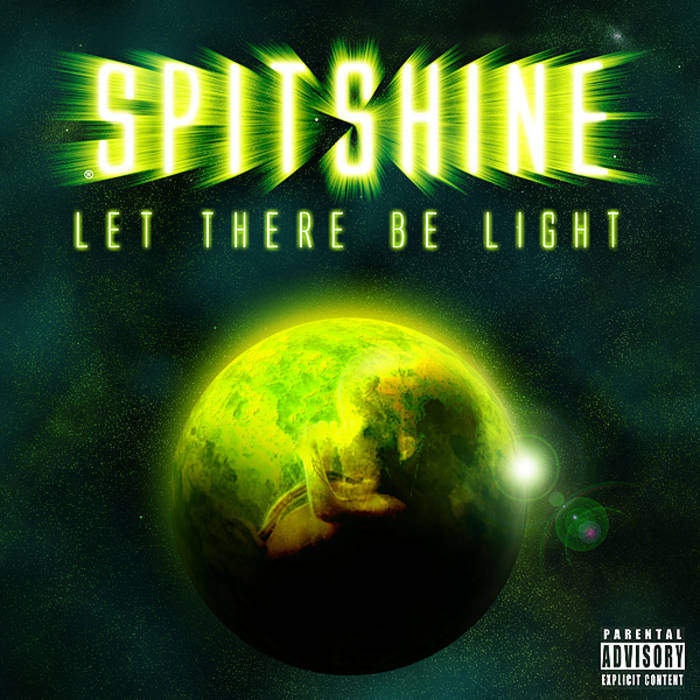 Gideon’s the name, SpitShine is the alias,
Coming to take over the world like an invasion of aliens.
A space invader, a brave crusader,
That’s ready to battle those from the dark side, like Darth Vader.
I’m the diamond in the rough, and I’m ready to compete,
I’m the rose that grows from the concrete.
Amongst those with stupidity, I flow with lucidity,
Crystal clear, listen here, I spit infinitely.
I’m like the elder, telling a story using my memory,
Before there were tools to write so remember me.
‘Cause I ain’t wasting any energy repeating something that you missed,
Pay attention to every word in the list.
I cause ruckus, ‘cause these other emcees are bupkis,
You should know by now you can’t touch this.
How many rappers do you know from the Rock of Gibraltar,
With a flow like this, so perfect it never falters?

I’m not a battle emcee, but I’m ready to brawl,
And empty the vault of all my deadly skills and assaults,
Of every single thing that I know to kill your flow,
Vocabulary, imaginary variables.
Every trick in the book, the one that you can’t look at,
Any chance of others surviving, I took that.
You can’t match.
“Check the dispatch, I think this guy’s gonna crash.”
“What’s the catch, what’s the dilly?”
“This guy’s sickly, let’s take him back.
He’s one of the ones that got away,
Causing so much trouble with what he say.
He came out of the machine that we made,
With a side-effect, a reject in every way.
He was caught using more parts of the brain,
That we allowed him to use in the methods we trained."

This world’s become a jungle we’re living in,
Behaving like animals, it’s imminent.
But I’m caught in the current and I want to leave,
It’s hard when you’re one of the few swimming upstream.
Hurt by the world and the way it turned sour,
More toxicity only giving me power.
I feed off the evil, people,
There’s enough to go around, it’s the haystack, I’m the needle.
It’s like I’m a tribesman,
Because every word that I spit contains a poisonous tip.
And I’m waiting in the dark,
Waiting for any enemy to walk past,
Any noise I don’t recognize, I spit darts,
So think twice if you really want to start.
Because I’ll be tempted to use my senses,
Those that are dulled by foes behind fences.
And I use sentences to fuse them,
Try to unconfuse those loose ends,
Because those are things that they abuse when,
They want to control the things you’re choosing.

from Let There Be Light, released July 7, 2011
Produced by SpitShine
Recorded at Cognition Studios

HighlifeMedia.ca is a graphic design, marketing and music company based in Toronto, Canada created by music producer, rapper and graphic designer, Gideon Bentata aka SpitShine.